My latest weird and whacky project!

You may know that I like to dabble a little with Digital Photography.

I happened across some information late last year which piqued my interest, and has prompted me to want to give it a try.

Apparently, if you squeeze some ink from the reservoir inside a conventional fluorescent highlighter pen in to some water, and then use the ink/water mix to feed cut flowers, the flower will draw up the fluorescent ink and it will accumulate within the flower itself, resulting in some interesting effects under an Ultraviolet light.  The video on the first linked page explains the process, and makes it look quite interesting!

These are supposedly the sort of images that can be achieved… 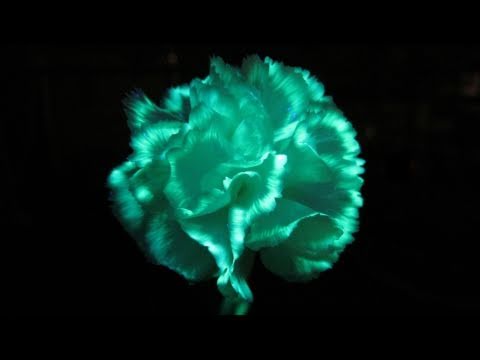 … it looked fascinating to me, so I thought I’d give it a go.  I’m currently in the process of accumulating the necessary equipment to give it a go.

I’m currently waiting for the equipment to arrive, then I’ll start experimenting!  Results (if they’re any good!) will be posted on Flickr and linked here.

Weekends are meant to be time OFF work, right?

I’ve not stopped this weekend, but it’s been for a good cause.

I had to rearrange the furniture in my room to accomodate some changes I’ve been contemplating for a while now.  This included dismantling all of my Computer kit, removing all the surplus cables and the old and falling apart metal desk that it used to sit on at the foot of my bed, remove a chest of drawers, and a huge three door wardrobe unit with four drawers underneath in two columns of two drawers, and a 5 drawer tallboy unit full of clothes.

This meant the spare room also needed to be rearranged including moving the bed, a beside cabinet, and various other miscellaneous moves, including unloading a large bookcase and sorting out all the books in to Bootsale candidates, Keepers, and other bookshelves in the house.  The bookcase had to be moved to a temporary home in the lounge in order to make space.

My day started at 7am yesterday when I woke up, and showered.  I was out the door and in the centre of Colchester at 8.30, and had started visiting various furniture shops looking for a new desk, after all I wasn’t going to start moving everything around if I couldn’t track down something suitable to replace it!

I’ll digress a little here.  Colchester … get  your damn act together!

I ended up having to resort to something from Argos… not exactly what I wanted, but as you’ll see in a moment it’s done the job.   I finally got home about 2:30 and started unloading the furniture to be moved out of my room.   Eight bags of rubbish later (I was ruthless, feeling quite proud of myself!) and I had an empty space.    The spare room having been rearranged to take most the furniture I moved out of my room.

I finally crashed for a rest at about 7pm on Saturday.

Sunday I started again at 7am, clearing up the debris from the day before, and dismantling the PC kit and the old desk that had a broken keyboard shelf.

I then assembled the new desk and the filing cabinet alongside it, moved the tall bookcase back in from the lounge, and started to reassemble the PC.  Next problem, the PC wouldn’t fit under the desk, so had to put it on top.

More putting stuff away… two trips to the tip to dump rubbish, and another trip back to Colchester to buy the Office Chair I wanted that I’d seen in Staples on Saturday… then swap out a bedside cabinet for another one, and I’m just about finished.

I’m absolutely pooped now, so heading for a soak in the bath and an early night!