I’ve mentioned this previously, but it never ceases to frustrate and annoy me how our Film and Television Studios insist on “rebooting” or re-imagining an existing film franchise. I am of course focussing my thoughts on the Science Fiction and Fantasy genres, since that’s where my tastes lie.

Superman, Spiderman, Batman, Judge Dredd, Godzilla, Star Trek, Robocop, Flash Gordon, Total Recall, Conan, Doctor Who, Battlestar Galactica, The Tomorrow People, V, Dune, – all of which have been rebooted or re imagined to varying degrees of success. Usually with a change in some or all of the principal cast, often with Cameo appearances from earlier incarnations, but most of the time with a re-imagining of the original storyline.

This frustrates me for two reasons. Firstly, as someone who is feeling distinctly middle aged, I usually grew up with the original incarnation of the film or TV programme, and seeing it re-written and produced afresh with new actors undermines the originals I feel.

I don’t mind so much where the storyline picks up later on, or where the original left off, or even before the original (eg Star Wars Eps 1-3). Finding a way to solve a cliffhanger from the last episode or incarnation is where some of the story lines come in to their own, and is not a foreign skill to Scriptwriters, or Storytellers.

However even then, the new storytellers have a dangerous tendency to step away from Canon, and play fast and loose with the old history because they think we won’t remember; Take Doctor Who for instance, which in the new post-Ecclestone era seems to have developed a tendency to ignore much of what went before. The Cybermen were originally from Mondas, and in the later series they re-originated from a parallel universe and were supposedly created by John Lumic from CyBus industries. While the two story lines weren’t totally incompatible, there was really no good reason why a new origin and back story was created.

My Second frustration is that there is no end of Fiction out there which is crying out for transition to Film or TV, which I wish the Screenwriters and Authors would turn their attention to. Some of the best TV in recent years has come from this route, and includes the acclaimed “Game of Thrones” – adapted from George R. R. Martin’s “A Song of Ice and Fire“.

Here’s just a few of the candidates that come to mind:
– The Dragonriders of Pern series by Anne & Todd McCaffrey
– The Magician series, by Raymond E. Feist
– The Assassin / Fool series’ by Robin Hobb
– The Honor Harrington series by David Webber
– The Troy Rising series by John Ringo
– The Kris Longknife series by Mike Shepherd
– The RAMA series by Arthur C. Clarke
– The Foundation series by Isaac Asimov

There are of course hundreds more. I understand of course that there is an implicit cost to obtaining rights to materials, and some authors may not be so keen to allow their content to be transitioned, based on the experiences of people like Ursula K. LeGuin with her Earthsea series, where she was exceedingly unhappy with the transition to screen.

Of course, not every attempt succeeds, and there are a number of critically acclaimed hits, and an equally extensive list of misses.

I’d point at a number of successes, including:
– The Colour of Magic / Going Postal / The Hogfather produced by Sky
– Enders Game – the 2013/2014 film
– Blade Runner, Minority Report, The Adjustment Bureau, A Scanner Darkly; All based on novels by Philip K. Dick
– I am Legend, and  I Robot – adapted from books and starring Will Smith

– Thor, Iron Man, The Avengers, Captain America, etc – The Marvel Machine is doing a great job of making the most of their intellectual property and transitioning one story after the other to the big (and the small!) screen.

Some of the also-ran’s include:

– John Carter – the attempt to transition the “… of Mars” series by Edgar Rice Burrows didn’t wow audiences, although it was an entertaining enough film in it’s own right.
– Oblivion – starring Tom Cruise, but based on a book by Joseph Kosinski, it didn’t really draw the crowds at the box office.
– Battlefield Earth – based on a book by renowned Scientologist L. Ron Hubbard, this one had strong potential, but the links including the Star John Travolta to the Church of Scientology contributed to low popularity.
– Red Planet – an all star cast including Val Kilmer, Carrie-Anne Moss, and Terence Stamp wasn’t enough to drag this one up the charts.
– Lost in Space – the remake starring Heather Graham, William Hurt, and Matt Le Blanc, failed to engage audiences, despite being an entertaining and well executed update.

Often these films fail because they don’t stick closely enough to the book to satisfy the die-hard fans.

So this is a heartfelt plea, to the Film & Television industry. Please PLEASE PLEASE, enough with the Reboots and Remakes, how about putting some effort and time in to some original Scifi and Fantasy?

Since my last post (“Evolutionary Change“) when I was praising the Kindle, I’ve probably read more than I have in a long time!

” by Kevin J Anderson & Brian Herbert, and “The Parasite

” by Neal Asher,  and I’m currently working my way through “A Kingdom Besieged” by Raymond E Feist.

It’s fantastic that the Kindle has allowed me to rediscover my love of reading, although it may be entirely coincidental that right now there is a selection of great fiction that I want to read!

On the Big Screen side of things, I’m somewhat dissapointed to discover that the remake of one of my favourite films ever has been cancelled.

Unless you’ve been living in a proverbial Scifi/Fantasy Desert for the last year though, you’ll doubtless be aware of the forthcoming “Game of Thrones” from HBO.  I believe it’s being screened in the UK on the same day as it premiers in the US courtesy of Sky Atlantic, so I’m waiting for this one with a keen anticipation!

In other news, Tinker went for an unscheduled and unexpected swim the other day, having been chased in to a river by some other friendly and playful Greyhounds.  He was no worse the wear, but we certainly had some thinking to do working out how to get a very wet dog back home again in the car!

In the meantime, here’s a short video of Tinker stretching his legs!

I’ve also taken the plunge and started selling a few bits & bobs on eBay.  I’ve occasionally bought items, but never sold anything, so it’s a bit of a new experience for me.  Somewhat predictably I keep checking to see if there are any bids.

In case you’re interested, you can find my items for sale here.

I’ve posted previously about how dissapointed I’ve been with some of the recent film releases, particularly those I’ve picked up on Blu-Ray.

It would appear that the end of 2009 and beginning of 2010 are trying their hardest to make that up to me! 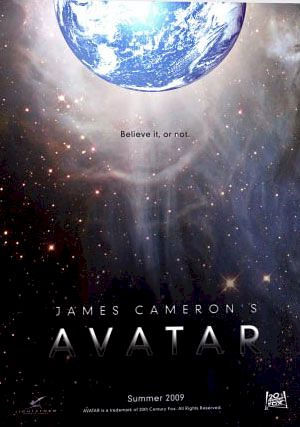 I happened to catch the trailer for James Cameron’s Avatar a few days ago, and it looks simply amazing.  That plus the description of the overall storyline sounds like it’s exactly the sort of film I enjoy.  If you like Scifi even half as much as I do, have a look at this and let me know what you think!

This prompted me to have a bit of a trawl, and aside from the news that Battlestar Galactica is getting yet another remake, this time under the guidance of Bryan Singer; which made me grin… but then I discovered that one of my favourite films ever is getting it’s own remake due for launch in 2010.

I can’t find any images or logos from the new Dune to post for your edification, but I found this while looking… and it made me laugh out loud!  So  many different things to giggle at there for a Dune affectionado like me!

On the smaller screen, work continues apace on the new adaptation of an 80’s Scifi Classic.  Those of a certain age will remember another US Imported TV show which featured Robert Englund who later went on to take the titular role of Freddy Krueger in a famous series of Horror films…   Who can forget the famous rodent eating scenes, and the Dynasty worthy shoulderpads in “V” – even if the effects do look dated by today’s standards, the series is being “reimagined” (don’t we hear that phrase a lot in the film & tv context these days) for a 2010 screening. 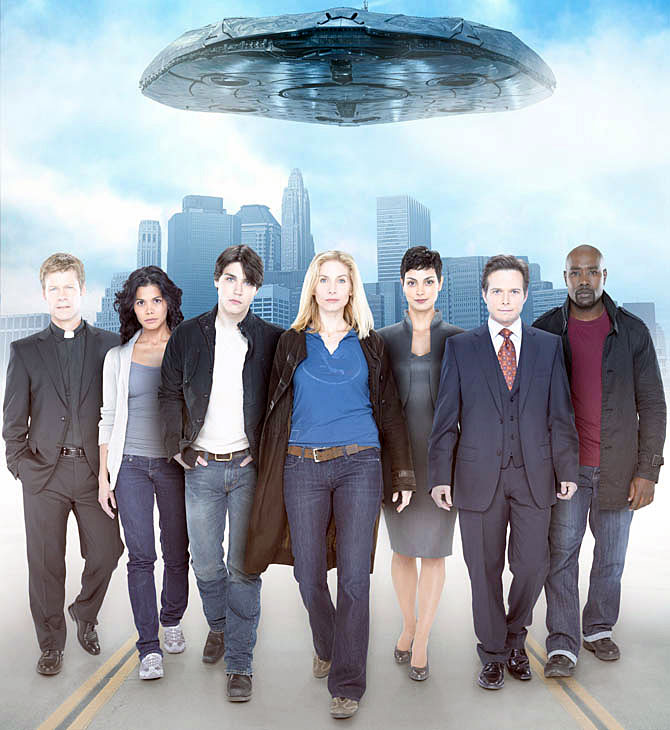 Doesn’t the chap 2nd from Right look a lot like Michael J Fox…?