It’s been a little while since I found a book that really captivated me, and I’m pleased to report that it’s finally happened once again.

, and Mike Shepherd.  I’ve recently been able to add a new author to the list! – John Ringo

I found it courtesy of an Amazon recommendation, but it sounded like something I might enjoy, so I first tried reading Live Free Or Die (Troy Rising) followed by it’s sequel Citadel 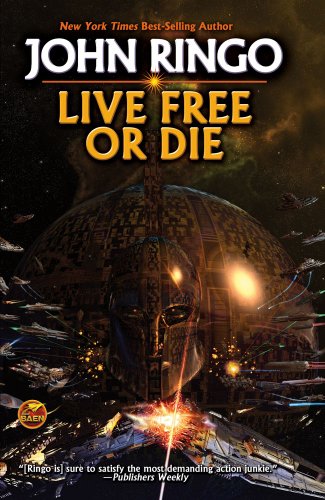 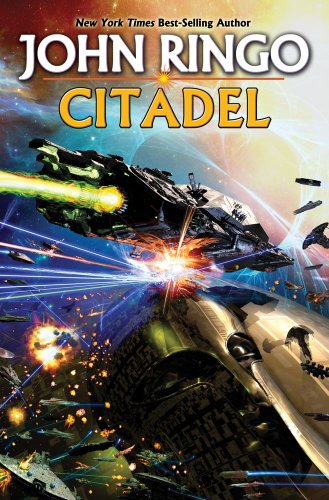 Ringo seems to have an interesting perspective on Scifi in that he takes a modern human society and throws it straight in to the proverbial deep end of Alien First Contact, usually with fairly negative consequences.  The Troy Rising series was my first exposure, and I loved the Economic aspects, the scale of manufacturing and production effort and changes as the Human race struggles to get to grips with the new Alien technology and integrate it, all the while attempting to play catch-up and defend Earth against multiple alien species who are orders of magnitude more advanced.

which seems to follow the same basic premise,but instead thrusts an ill prepared human race straight in to an off-world conflict.

So far I’m loving every minute of it, and will be reading many more of Ringo’s works in the coming weeks.

Have you read any good books recently?

Posted on March 1, 2011, in Books, Entertainment. Bookmark the permalink. Leave a comment.