I think it’s fair to say that just about every Blu-ray disc I’ve bought since Christmas has been a distinct dissapointment.

Not because of the picture quality, which has fo the most part been excellent, but the actual content of the films themselves.

Some of my recent purchases are linked above, and without exception I’ve found them more than a little lacklustre.   I’m not sure if I’ve just been unlucky, or the quality of the productions has been suffering, maybe even relating to the Writers Strike in the US?

Okay, so I’ve not a huge amount to say other than to bore you all silly with the books I’ve been reading!

Having finished The Dreaming Void (Void Trilogy) by Peter F Hamilton, I ploughed straight in to it’s sequel, The Temporal Void.

I have to say I’m thoroughly enjoying Peter F Hamilton’s work.  Pandora’s Star (Commonwealth Saga) and Judas Unchained (Commonwealth Saga) were both pretty heavyweight Scifi of the finest kind, but the latest two manage to encompass a distinct Fantasy section within them with the key but discretely separate second thread plot device featuring Edeard the Waterwalker.    I would love to see PFH write an exclusively Fantasy based work, as I think it’d work very well indeed. 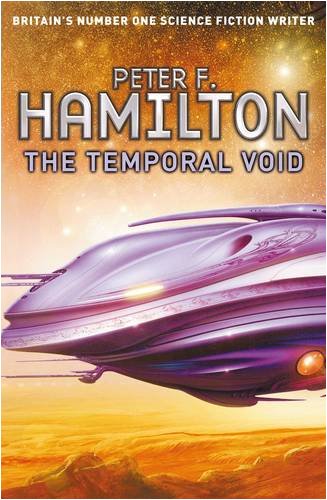 A nice big picture of the cover art here, as I think the covers for PFH’s works are fantastic!

And on a related note I’ve discovered something quite interesting on Amazon.   The company called photoshock are selling some intriguing works of art that rather pique my fancy!

Here’s an example; called ANDROMEDA: Battle Of Samsusa XL Gallery Framed Canvas Art Ready To Hang NEW sci fi, they seem to take high quality prints from TV and Film and turn them in to what looks to be extremely nice wall mountable (or even mounted) works. 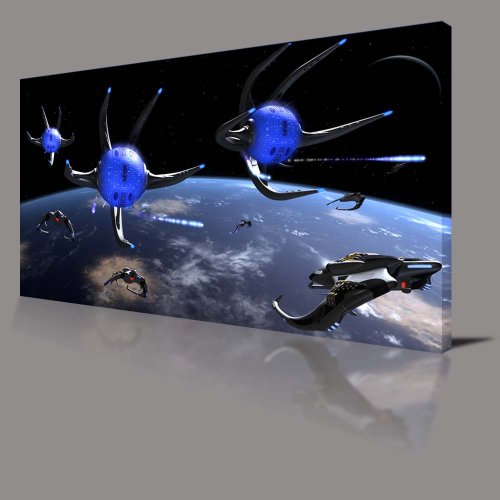 I’ve added a couple that I rather like to my Amazon Wishlist!  Shame that it just missed my Birthday eh?